A spell of smalls

Well, yes, I've actually made it back to this little neglected space. It seems as though my current life revolves around doctor appointments, blood work appointments and physical therapy sessions, so there's not so much interesting blog fodder these days, but I'm hopeful that the day will come when I can call myself a full time shepherd again, instead of a rather passive observer of my husband doing my work.

As promised, I do have a few small knitting projects to show. I had a spell of hat knitting before I went in for surgery and it would appear that my box of finished smalls is well stocked. My "finished smalls" consists of a large box full of hats, scarves, cowls, mittens and mitts that can be offered for sale, if I'm doing a fiber festival or opened for the perusal of children and grandchildren, so they may choose something they would be willing to wear. I've discovered this is the best way to insure that what I gift to my grandkids is actually liked and worn, rather than conveniently lost or stuffed in the back of their sock drawers! I consider this a double win for me because I love knitting smalls and don't feel the necessity for having a recipient in mind when I feel the urge to knit yet another hat! 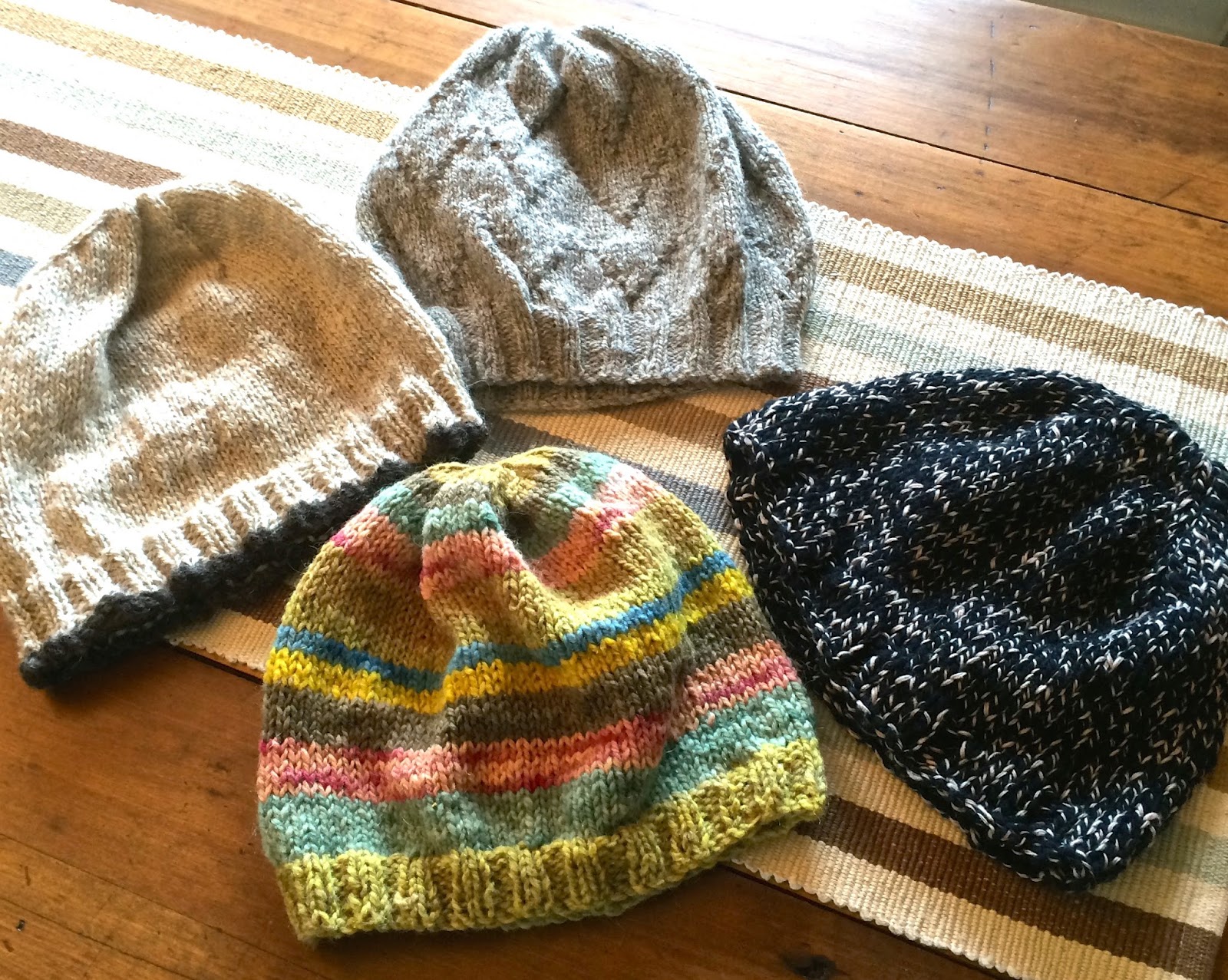 Now that I'm looking at this picture, I believe that none of these hats have had a bath and a little blocking. That would certainly smooth things out a little, but I like all of them, nonetheless. Starting at the top is the Audrey hat that was part of Karen Templer's (Fringe Association) Hatalong #1. (She's planning a second Hatalong to start this week.) I used some of the Shalasdair Naturally yarn that I brought back from the Isle of Skye, Scotland last September. It's a nice, sturdy kind of yarn that will hold up well. The pattern is fun, with just enough going on to keep it from being boring. The black marled hat (Imperial Yarn Anna) can also be credited to  Karen's influence. It's the Stadium hat and it's a free pattern on her blog. I love this thick, 70% Columbia wool, 30% American cotton yarn. It has a bit of a rustic look that suits me. The multi-striped hat is from a bag of bits and pieces of handspun, naturally dyed yarn that I bought somewhere last fall (maybe Rhinebeck? - wish I could remember). I loved the colors, especially that weird pea green, and wanted to use all the colors to make something I would enjoy wearing. This was strictly and grab and knit project, no planning which colors should be used in which order. I used the same basic pattern as the Stadium hat and it worked out fine. The last hat is a little of my own Tanglewood Farm wool/alpaca blend yarn from 2 years ago, with a tiny bit of my own handspun used as the edging. I used Ann Budd's The Knitter's Handy Book of Patterns to come up with the simple hat pattern. 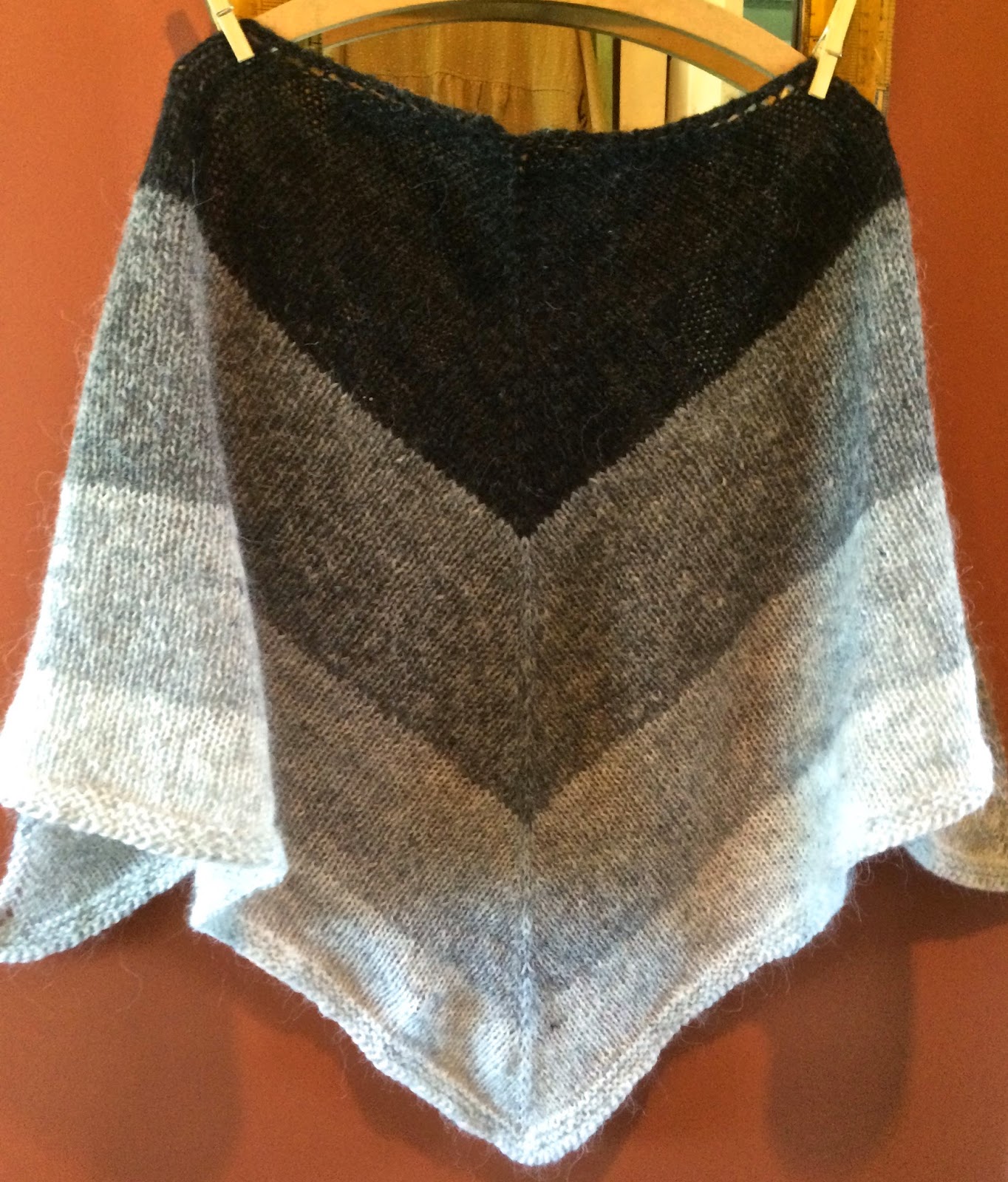 I confess to having several (many!) other projects still on the needles. My Hitchhiker is languishing in time out right now because I made the mistake of knitting on it at times during my hospital stay when I felt unwell. Now, I have some sort of weird mental association with feeling poorly and knitting on Hitchhiker and every time I pick it up to knit on it, I get a bad feeling! I'll just have to wait a little while till that wears off. I did knit the Nordic Wind shawl, after reading about it on the Woolful blog and their Ravelry page for the KAL. I missed getting the small batch farm lopi that was part of the KAL kit, but bought the pattern and used some unspun Icelandic I already had that came from Schoolhouse Press (I think I should get extra credit for using stash!). This shawl was a fast knit and the unspun Icelandic is enjoyable and interesting to handle. If you tug the tiniest bit too much, it drifts apart, but spit splicing was made for this stuff and it takes only an instant to be knitting on your way again with rejoined fiber. The nature of Icelandic wool is warm and insulating, yet the finished shawl is light as a feather (mine weighs 4 1/8 ounces). A quick wash and light blocking softened the wool into something I know I'll be wearing for years to come. . 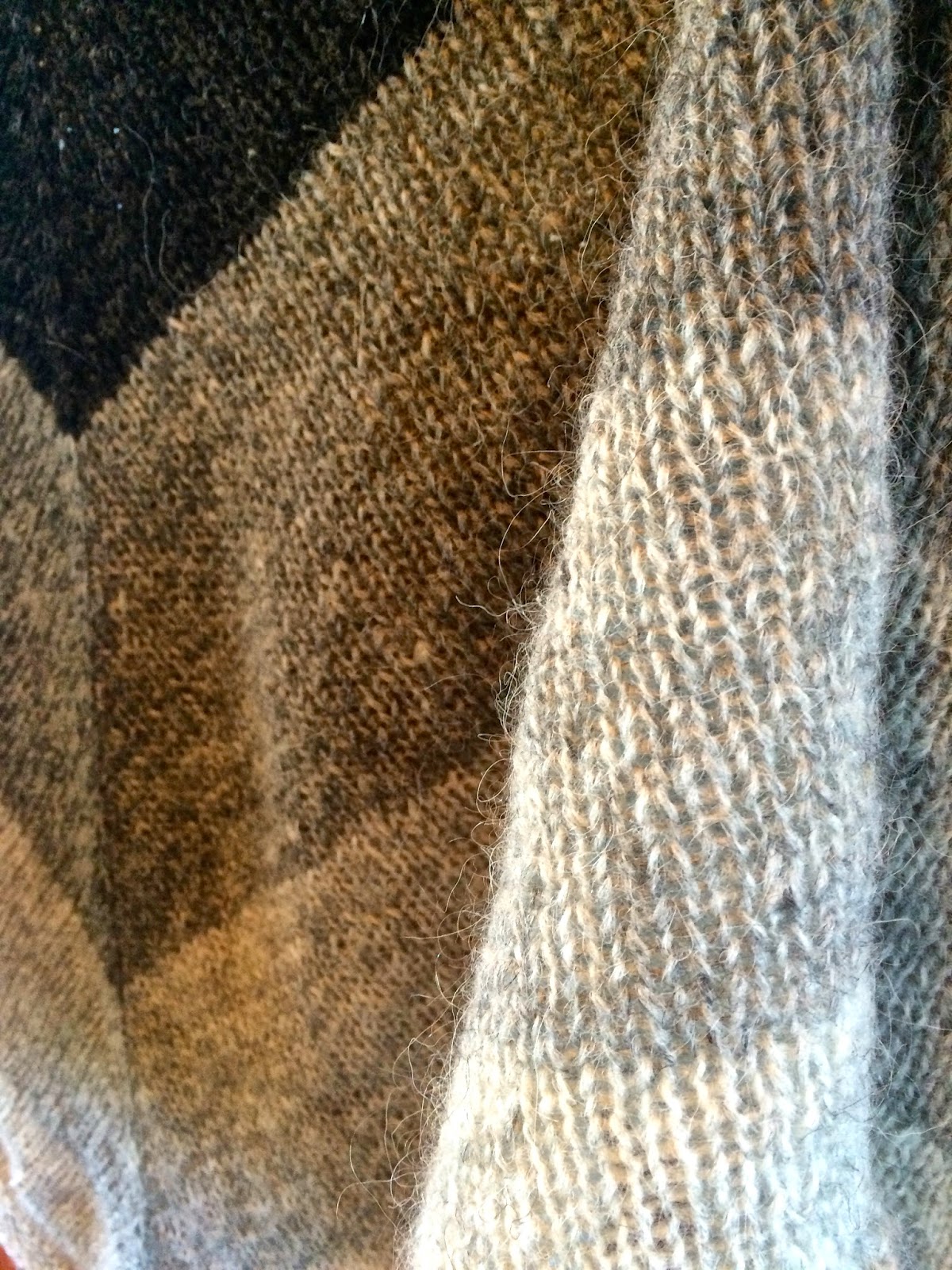 Next time, I'll have a few finished sewing projects. I seem to have an overwhelming urge to sew right now. I've had great fun picking patterns and fabric, which is at least half the fun, right?
Posted by Dianne MacDonald at 2:43 PM