Though I haven't mentioned it, I have been reading and listening to some books as I go about my chores and while I'm sewing or knitting. I really enjoy my Audible membership and have used up credits faster than I can earn them lately. Actual sitting down and reading hasn't happened a lot, but as part of my goal to not be scrolling through Pinterest until the wee hours, I have managed to read a little at bedtime before drifting off. I pre-ordered The Shepherd's Life by James Rebanks back in the spring and when it finally came, I didn't get around to reading it for a while. Too bad I didn't jump right into it because it probably would have lifted my spirits while I was convalescing. It's a lovely book about a way of life foreign to most people, but with which I can totally identify. Having finished it, I have somehow managed to get Mike to start reading it and I am now listening to it just because I love hearing it read in a Lake District accent.

I recently read Grandma Gatewood's Walk and then just after I finished, saw it mentioned on Facebook in A Mighty Girl post, which in turn led to this article in the Washington Post. What an amazing and inspiring woman! Following her example would mean I'm not quite ready to turn in my barn boots. And, all those women and girls posted about on A Mighty Girl .....  how I wish I'd had regular infusions of that kind of reading material when I was growing up. 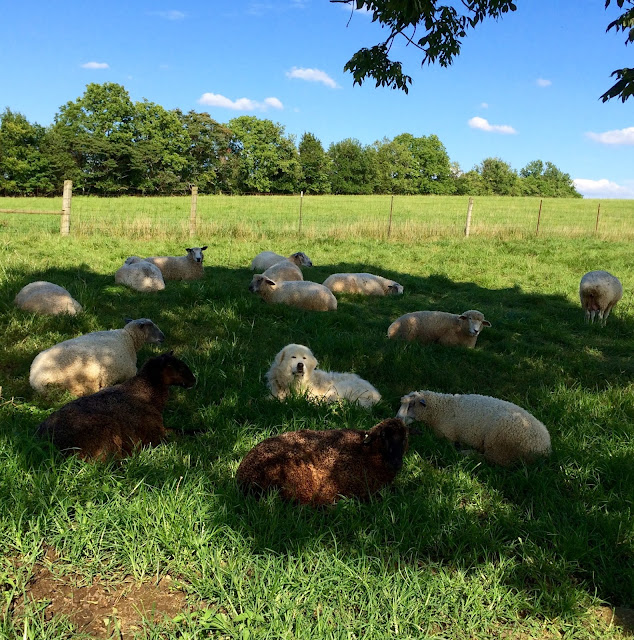 Audible enables me to put books on my iPhone, which I can slip into my pocket and listen to anywhere, and that works perfectly when I want to be on the move. Nothing makes dirty work go faster than having a good book read to you, coming through loud and clear with your ear buds. First, I listened to The Girl on the Train, which was very well written, but in the end, I felt no sympathy for any of the characters. None of them were likeable. I was left wishing I hadn't spent a credit on it. All the Light We Cannot See was a really good book. Also, I found The Nightengale quite good. I've noticed a spate of books based on World War II appearing recently. My father was a tank commander during the war. I had no idea that he'd been in North Africa and Italy, until I found his discharge papers recently. He was only seventeen when he enlisted and what he experienced had a devastating effect on the rest of his life.  It's very thought-provoking to read how it might have affected others. I'm ashamed to admit that I hadn't thought much about how it was for the people of France and Italy to be occupied by Nazi troops and the cruelty that was inflicted upon them. Another Audible gem was The Signature of all Things by Elizabeth Gilbert. Though late to the party, I finally got around to Cutting for Stone and then The Snow Child. Lastly, I want to mention Our Souls at Night by Ken Haruf. I thought it was such a sweet little story and holds lessons for those of us with aging parents or are aging ourselves (that would be me).

Mike and I went to see Shaun the Sheep Movie a few weeks ago and found it to be so fun and clever. I'm a huge Wallace and Gromit fan and have collected many of the DVD's to watch with the grandchildren. (And, often by myself.  :-) I'm pretty sure I enjoy them more than the kids do). I can highly recommend it, with or without kids along!

Lastly, a few friends and I went to Louisville recently to check out the new Dyescape dye garden and learn about their program. I so admire the work these young women are doing and hope they are able to accomplish all they've set out to do. 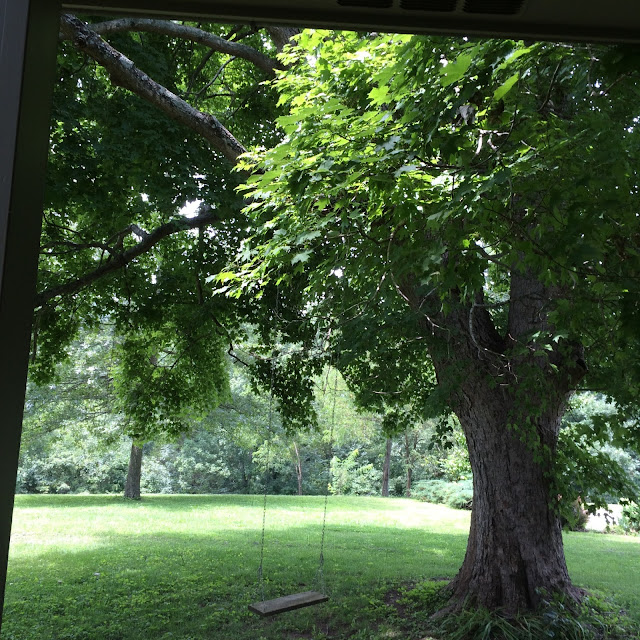 Blessedly, fall is in the air here in central Kentucky. The sheep and I are loving the cooler temperatures and clear (not muggy) days. I'm sure summer heat and humidity are not through with us, but relief is clearly on the way.
Posted by Dianne MacDonald at 5:47 PM

Email ThisBlogThis!Share to TwitterShare to FacebookShare to Pinterest
Labels: Books, Dyeing, Movies, Out and about