It's been a blank

My mind has been sort of like this _____________.  Nothing going on in there, but trying to keep us all as cool as possible.  (not much blogging material there)  It's been twice daily hosing off for the alpacas and I don't mind if I get wet while doing it!  It's been one of the few times I've wished for a swimming pool here at the farm, so I could jump in and duck under water to cool the heat waves rolling off my head!  (In my past life, we had a pool and it was wonderful while my boys were growing up.  It's the best, healthy summer entertainment for a houseful of boys and their friends.  The downside is that pools require maintenance and who needs more maintaining on the to-do list?)  We had a big thunderstorm last evening and it's a little more bearable so far today.  We got an inch or so of much needed rain during the storm.  Maybe it's just wishful thinking, but the pastures seem greener already. 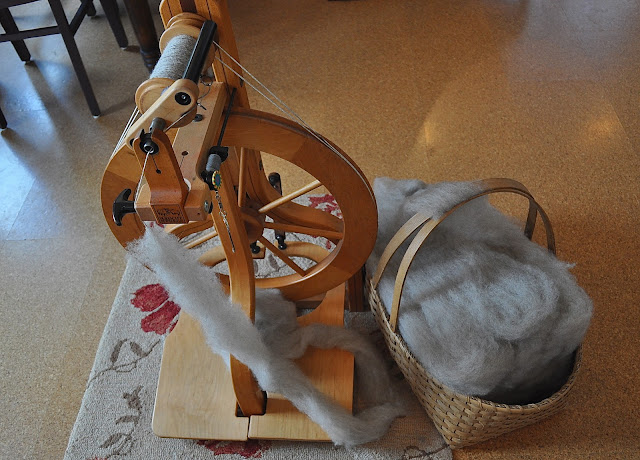 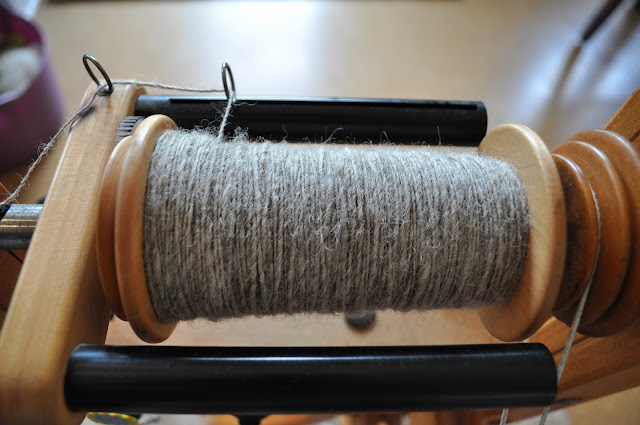 I'm still spinning for the Tour de Fleece and am still behind.  I'm trying to keep from getting so discouraged that I drop out.  It's always a plus to get to spin a little every day, right?  Often, I put rules on myself about getting this or that done before I'm allowed to sit down at my wheel.  I'm sure you know the mindset.  The problem is that on a farm, things are never "done".  The list stretches off to the horizon.  So, the Tour de Fleece is a good way to give myself permission to do something I really enjoy every day.....if only for a few days out of the year!

The busiest critters on the farm are the chicks that hatched six weeks ago.  Our laying flock had gotten down to three Buff Orphington's and that's why I bought those eight chicks from the farm supply store back in early spring.  Those girls are getting really big and should start laying in the fall.  Not long after that, I happened upon a website that for someone who raised "Olive-Eggers" and I was intrigued.  They don't sell chicks, but do sell fertilized eggs, so when Mean Girl went broody, I ordered eight eggs (and they sent me twelve!) to put under her.  I had my doubts about the process, but it worked great.  Mean Girl is a great mother.  She hatched out eight chicks and has been very attentive and fiercely protective of them.  She strikes fear in the hen house and none of the other chickens will come near her!   Two weeks ago, I let Mean Girl start bringing the chicks outside during the day and they are such fun to watch while she's teaching them to hunt and scratch around for bugs and seeds.  I'm just hoping there aren't too many roosters in the bunch that will have to be re-homed!  Anyone looking for an "Olive-Egger" rooster?
Posted by Dianne MacDonald at 1:23 PM