Happy hour on the farm

Well, it's not that kind of happy hour.  There are no festive drinks involved, but rather the "happy" refers to how the sheep react to feeding time.  It's a once or twice a day (depending on time of year and weather) highlight of the day for the creatures who live here.  When the sun is getting low in the sky, the sheep start keeping a sharp eye out for me.  As soon as I leave the house or studio and start toward the barn, they come running.  We've had a spell of dry weather and they've been out on pasture, instead of being brought into the barn in the evenings.  That means I load the hay bales on my trusty cart and deliver dinner to them.

A few days ago,  as I was spreading the hay flakes out, Mrs Patmore (yes, she's one of those Downton Abbey girls and got that name because of her less than svelte figure!), surprised me by jumping up into the hay cart.  In all my years of keeping sheep, I've never had one who would willing get up on anything with wheels.  She was quite nonchalant about it and it took considerable effort on my part to get her to jump out.  Luckily the front of the cart comes off because there's no way she could have turned around.  As it was, I had to finally push her out.  Just one more occasion of nearly daily surprises around here.

Christmas is less than a week away and though I am not quite ready, I am nearly there. We have simplified our holiday season so much these last few years.  I no longer decorate every room in the house and it seems I'm leaving more and more decorations packed away each year, but the decorations that are out are ones that have special meaning. 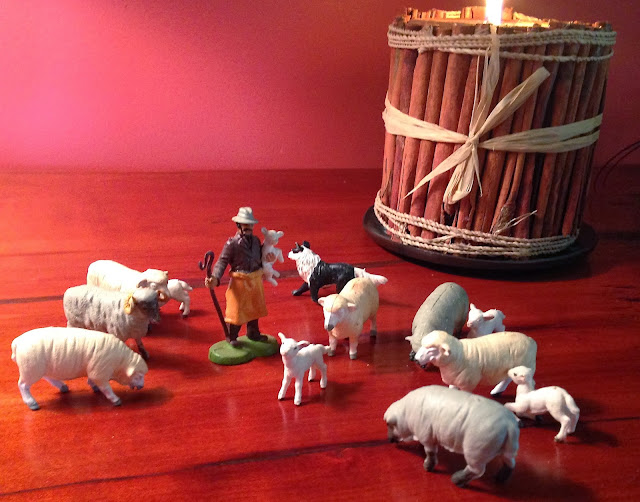 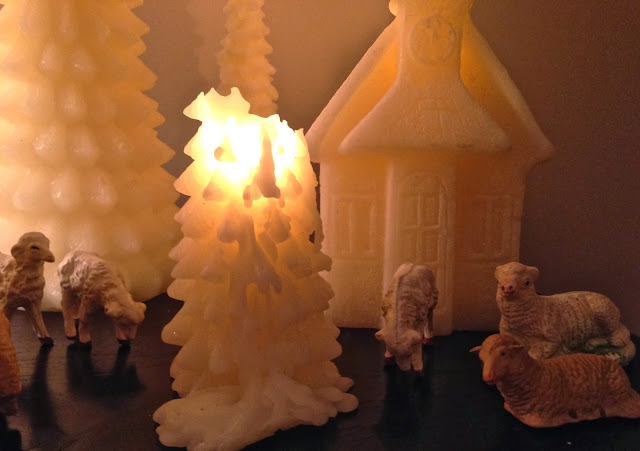 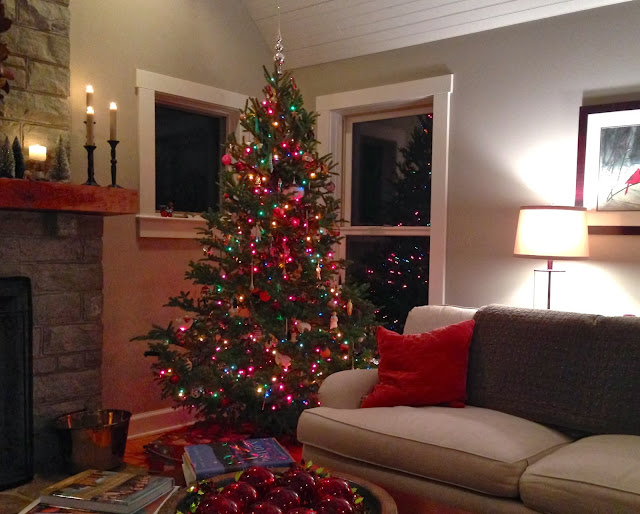 I know I've been absent a lot around here lately but a new year is coming and I've got PLANS!  There will be a blog anniversary, a sweet little book giveaway (with maybe some bonus yarn thrown in), some knitting projects to show and several other things I've been thinking about for awhile.  So, don't give up on me.  I'm planning to be here on a much more regular basis in the very near future.
Posted by Dianne MacDonald at 7:48 PM