Yes, as if we hadn't already pushed the limits of what two people should try to see during a sixteen day trip to Ireland and Scotland, we took a quick trip down to the Lake District and to York, England.  Blame this one on me.

I have admired Beatrix Potter since I was old enough to read.  Like another of my heroines, Tasha Tudor, she was a woman who, once she found the way, managed to live her life the way she chose.  It's been a long time wish of mine to see Hill Top Farm, the farm Beatrix Potter bought with the earnings from her books.  We were first in line to buy our tickets the morning we arrived in the little village of Sawrey.  Only a small group of people are allowed into the farmhouse every ten minutes or so because the house it not large. It is small, charming and cozy, with the interior left very much as it was when Beatrix was alive.  Her furnishings, which are often depicted in the background of her books, are there and even her clogs by the door, as if she had just taken them off. After touring the house, we sat in the garden for a little while and watched as a steady stream of visitors came up the walkway.  Hill Top is still a working farm, being run by a farm manager who lives in the addition to the main house, which Beatrix had built in 1906 for that purpose. The original house dates from the late seventeenth century.  We didn't see any Herdwick sheep at Hill Top, which were the sheep Beatrix Potter raised and championed, but as we drove the narrow lanes around the area, we did see many Herdwick flocks grazing in the rock fenced fields. (Just as a little aside here, if you haven't watched the movie "Miss Potter", that came out several years ago, you really should.  It's beautifully filmed and charming.)

After the Lake District we headed toward York.  Mike had done some reading and wanted to see York Minster, an ancient and beautiful cathedral. We had a wonderful tour guide who obviously loved what he was doing.  For an hour and a half, he kept us spellbound as he recited historical background and pointed out so many unique features. I'm not much for taking formal tours. I usually prefer to read about and then poke around a place on my own, but I can highly recommend taking the tour at York Minster.

On our way back to Edinburgh, we drove into a sweet little English town called Skipton and stopped there to walk around a bit, have a mocha (for me) and an Americana (strong coffee - for Mike). We checked out a few shops and walked along the canal, looking at the canal boats where people live on the water.  Many of the boats were beautifully decorated with brightly painted exteriors and many containers of flowers. 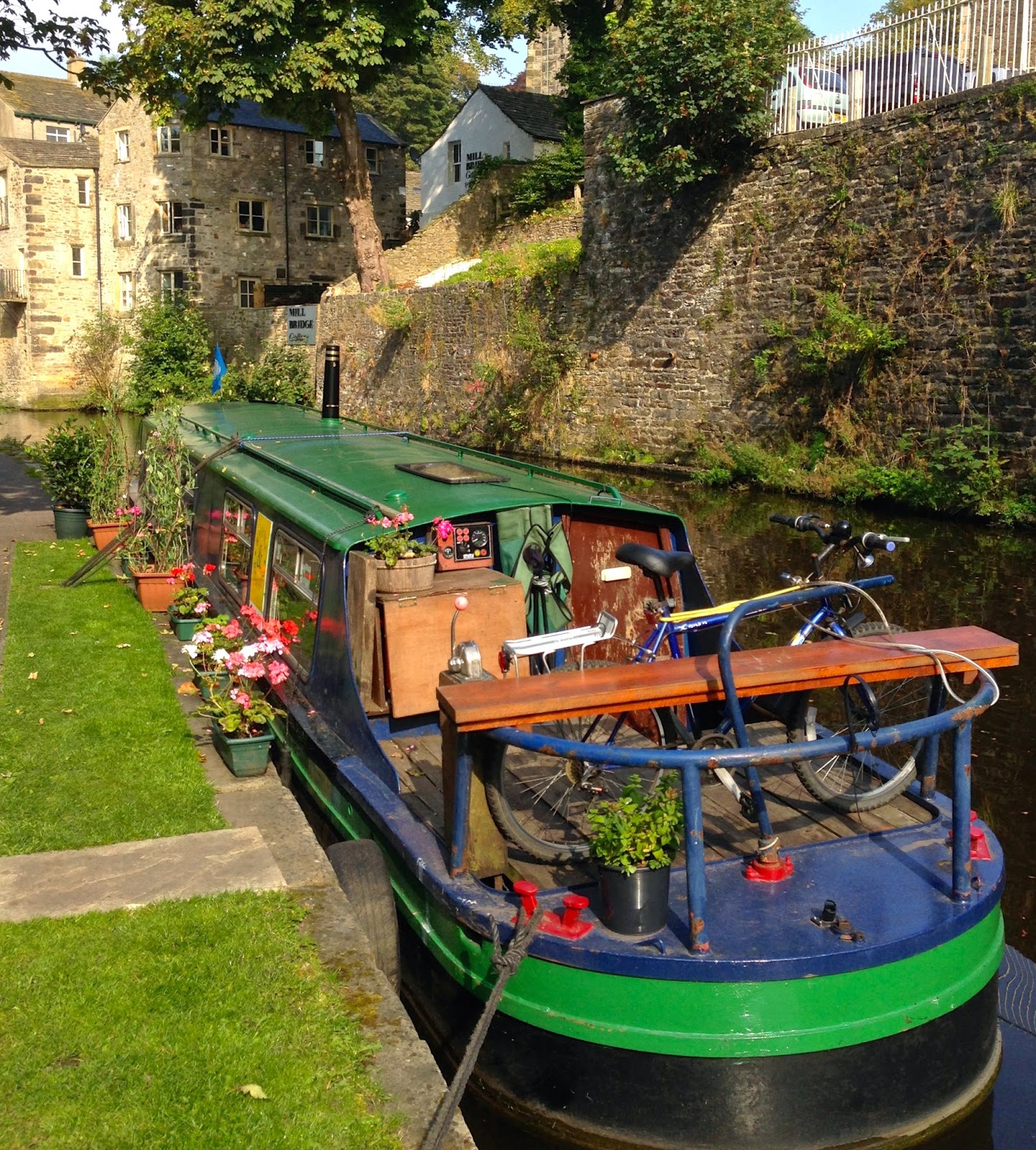 Then back to Edinburgh for one last night and day before catching our plane back to Dublin.  We spent most of that last day day by driving to Stirling and touring Stirling Castle.  We found Stirling to be beautiful and it's on our list to return to some day with more time to explore.


Once back in Dublin, rather than lease another car for just overnight, we took a shuttle to and from a hotel close to the airport and boarded our flight for home the next morning.  I will say, the most traumatic part of the whole trip was going through Customs and Immigration in Dublin. We apparently had very poor timing and there were huge crowds waiting to go through to have their passports checked.  It was hours of standing in long lines, dragging our suitcases along after us. We'll figure out a way to do that better next time!  We'll also take half as many clothes next time.  I thought I had pared things down a lot, but we still came home with unworn clothes.  My advice is to take some black t-shirts, several pairs of jeans, comfortable shoes, a fleece jacket (and a rain jacket, of course) and enjoy not hauling around a heavy suitcase!

All in all, I can definitely say our trip surpassed our expectations. During our time spent in Ireland with Nicola, we visited a beautiful ancient church, the National Craft Gallery and Kilkenny Castle, along with visiting Cushendale Woollen Mill, a farm raising Zwartles (and enjoying the hospitality of Suzanna and Bodacious), going to the beach, being treated to our first shandy (made with red lemonade), being served the first lamb we've ever really enjoyed, all the while enjoying the comforts of Nicola's wonderful old farmhouse and her warm hospitality.  It was all nothing short of fabulous!  Spending time with Nicola started our trip off in the best way possible and I hope I can return the favor by having her stay with us here at the farm on her next teaching tour.

So, to wrap up this last (I think) post about our wonderful journey, I want to offer some (unsolicited)  advice. If you have a place you're dreaming of visiting, figure out a way to make it happen. It's hard to come up with something positive about my current health issues, but it did encourage us to get on with our lives and take the trip we'd been talking about and dreaming of for many years. None of us know what tomorrow will bring - good or bad, so find a way to do the things you love now.

Posted by Dianne MacDonald at 3:09 PM