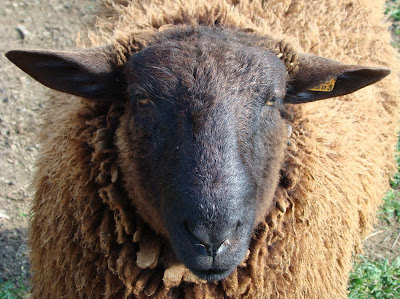 Here at the farm, the understudy (or as we call it, the understudly) job is a pretty thankless one, unless the leading man can't perform. Fortunately for us (but not so much for Mr. Lucky) it is looking as though the leading man has lived up to his billing and is doing a great job. Ollie, the new CVM ram has been in with the ewes for a little less than a month now and has bred all of them, with the exception of one of the CVM ewe lambs. (I don't usually breed ewe lambs, but the CVM girls were born in December and January of last winter and about a week ago I decided they are mature enough now and moved them in with the breeding group. As soon as I'm sure they are both bred, they will go back in with the group of ewe lambs, so they can continue to be fed through the whole five months of gestation.) 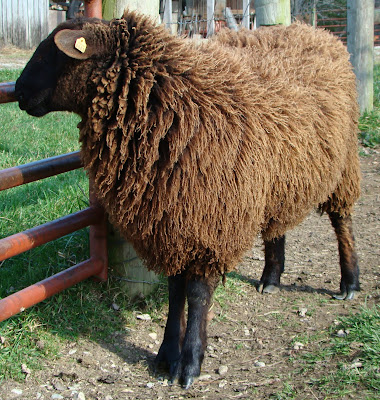 In the meantime, poor Mr. Lucky spends his days gazing longingly through the fences and gates at the group of ewes that are pastured with Ollie. Mr. Lucky got his name because at the last minute we decided to keep him as a back-up ram. He's got a gorgeous fleece and a calm personality, so it's not a chore to have him around. Right now he is keeping company with the moorit ram lamb and the alpaca boys and he's wondering how someone named Mr. Lucky could be so unlucky! 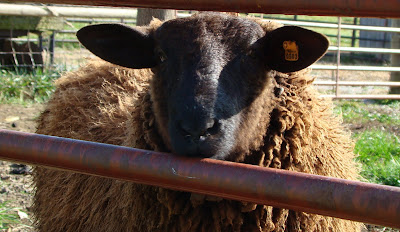 Posted by Dianne MacDonald at 5:00 PM