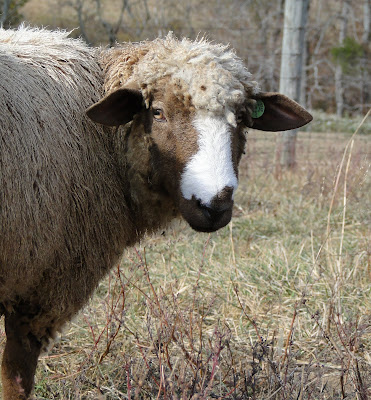 We're being visited by a young fella with a French name! Marcel made the trip from New York to Kentucky in the back of Sara and St. Tim's car and spent, what I'm sure to him, seemed like an awfully brief amount of time at his real home, Equinox Farm. Sara and I had discussed my using him to breed a few of my ewes in order to pass on some of his moorit coloring and fabulous fleece characteristics. I saved three ewes for him and, after some overly enthusiastic moves toward the ladies, he has settled down and is taking his job seriously. 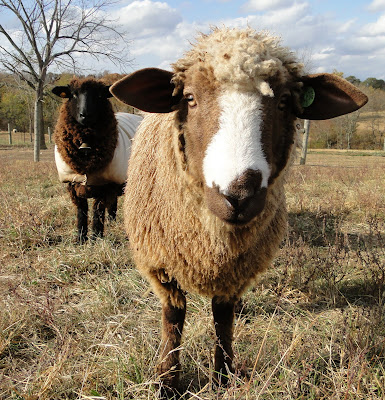 In the other breeding groups, it would appear that we are all finished. If all goes as it should, lambing will commence the first week of March and be finished about two weeks later. No slackers around here! Of course, now I'm wishing I had waited a few weeks to put the rams in, so the weather would be a little warmer when the lambs are born. Oh well, "maybe next year" (which is, by the way, my official slogan)

And speaking of French things, Frenchie is still enjoying privileged character status around here. She is still spending her nights in the big dog kennel with the new chicks and even puts herself in there sometimes, but usually waits for me to come get her off the top of the panels in the sheep pens. She has discovered that she can boss the chicks around a little and I think she is liking that a whole lot!

Posted by Dianne MacDonald at 5:30 PM