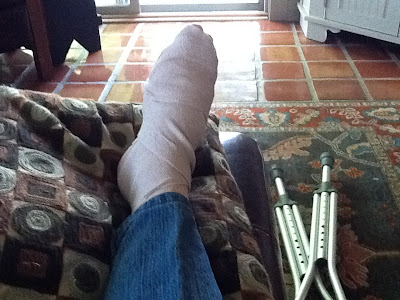 So, plans and to-do lists are being revised and I'm settling in on the couch with my knitting.  At least, that's one good thing to come out of this.  Thank goodness for knitting.
Posted by Dianne MacDonald at 6:01 PM