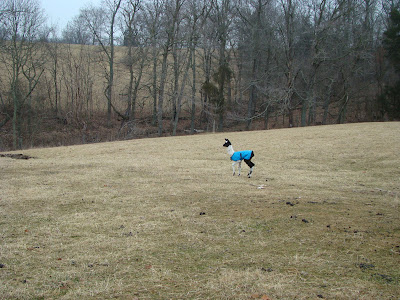 Though it is a damp, gray day outside, today was Huckleberry's first time out in the big world. I've kept he and Strawberry inside the barn in the big pen during the day, gradually allowing Huck to get used to all the different animals and sounds around here. I was a little worried about putting him in with the ewe lambs because they are at that silly teenage stage. Those girls out-weigh him by a bunch and I didn't want him to get knocked over by their rowdiness. I needn't have worried. Yesterday morning when I went to the barn, the two CVM girls and Gabby (no surprise there) had managed to get into the llama pen and all were getting along famously. 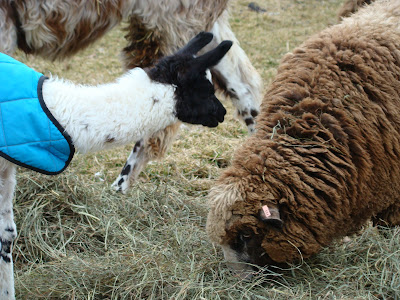 I don't think I have ever had a more confident and sociable cria. Maybe it's because I was there at his birth and able to imprint him immediately or maybe it's just his sparkling personality! Of course, especially with a male llama, he will need to be managed in a way that doesn't allow him to become too pushy or aggressive toward people. Right now we are just enjoying watching him greet the world and make friends with all the other animals. 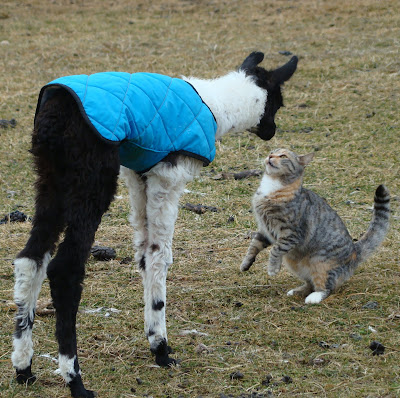 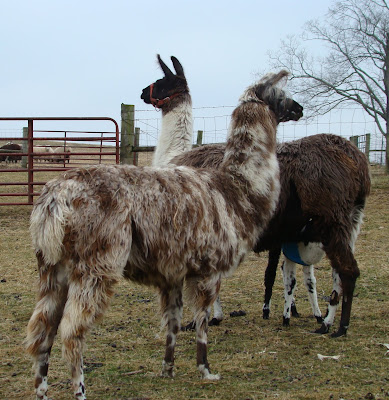 Of course, it helps to be able to grab a snack once in a while to keep the energy going!

Posted by Dianne MacDonald at 11:06 AM