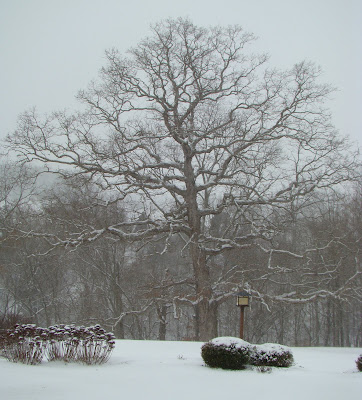 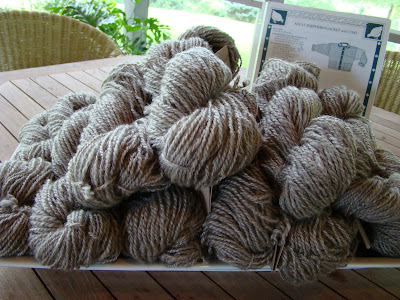 Remember all this? It's the yarn I spun last year for the Tour de Fleece. I've wanted to make the Peace Fleece Shepherd's Jacket for more years than I can remember and I just had the idea that committing publicly to knit on it (and try to finish it) for the next 17 days would give me the kick I needed to finally do it. So, there is a method to my madness. Part of my last moment scramble to be ready to cast on included retrieving the yarn from the big freezer that is in our garage and discovering that it had not been washed after I finished the spinning. That almost did me in, but I decided at that point I didn't have much to lose, so I quickly washed 6 or 7 of the skeins, rolled them in a towel to squeeze out as much water as I could, and then placed a few of them in the warming drawer while I went to the barn to do evening chores. By the time I got back in the house, the skeins were dry! Just before the opening ceremonies, I quickly did my gauge swatch (very unusual for me) and by some miracle, I got gauge. I was a little late casting on for the back of the sweater and at this point only have 19 1/2 inches knit. I need some serious knitting time to stay on track with this. Stay tuned---this could get interesting. 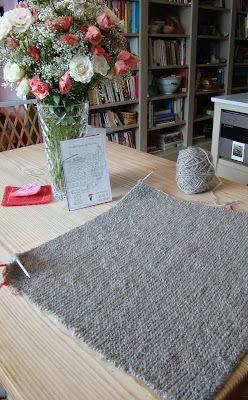 That first picture has no particular relevance to this post, except to show that I'm apparently living on the frozen tundra now. I know many others have much, much more snow and I shouldn't be complaining when it's so pretty, but this is the sixth (that's right 6th) week that no progress has been made on the construction my studio! I'm trying to be patience. I know spring will eventually happen, but right now it's a little discouraging.
Posted by Dianne MacDonald at 7:18 AM