Lunch and a bun report 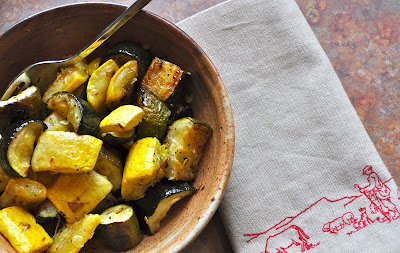 It's that time of year.......the zucchini avalanche has already started and the yellow squash is not far behind.  This morning on the way to the barn,  I cut through the garden and found 8 good sized squash that I swear were not there last night.  I love zucchini bread, but let's face it, if I bake enough zucchini bread to use up all the squash, I'll end up as big as the side of a barn.  So, as a proactive strike against that thought, this was my lunch today and it was so good, it will probably be lunch tomorrow and the day after.  ( I used the Alice Waters method: a little olive oil, plenty of salt and pepper and roasted it for about 40 minutes. )  At the moment, I'm feeling just a little proud of myself for resisting the urge to bake zucchini bread. 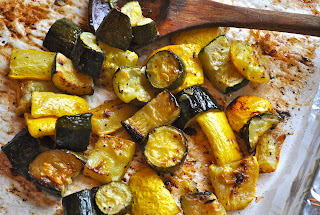 It's hot and very humid here.  The heat index was 109 yesterday.  I started filling the pool for the alpaca boys and they went right in before I could get more than a few inches of water in.  Kinda wish I had a bigger size just for me. 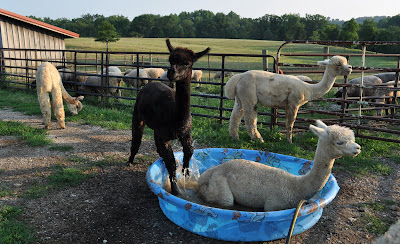 The bun is doing quite well.  She is still in the studio and I expect now that she will stay there for some time.  That was not my original intention, but it is mostly working out well to have her there because it's much, much cooler than in the barn and it gives me a chance to handle her and socialize with her often. I've hesitated to mention it, for fear I would jinx it,  but it's been more than 2 weeks now and she's been very consistent in using a litter box.  I noticed that she was urinating in just one corner of her cage, so the next trip to Tractor Supply, I bought a litter container made specifically for rabbit cages.  As soon as I put it in her cage,  she hopped right in and used it!  I'm so proud!  Not all the poop goes in there, but that is not such a big deal and hopefully she will get better with that.   I've been letting her out to run around freely for several periods each day and this morning I got a reminder of something I knew and had forgotten.  My new wireless printer is not working at the moment because Phoebe chewed on the cord.  Thankfully, she wasn't hurt.  Rabbits are notorious chewers.  Sometimes I get just a little tired of having lessons to learn  ( or re-learn ) all the time.

Posted by Dianne MacDonald at 4:49 PM