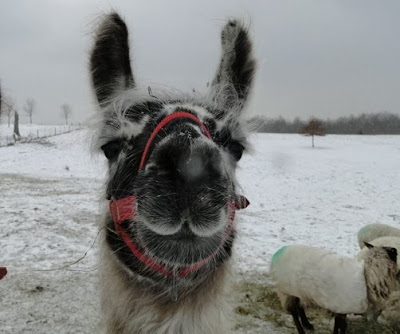 It's been way too busy around here.....already. I want things to slow down so I can savor the season instead of rushing, rushing through it, trying desperately to get everything done. 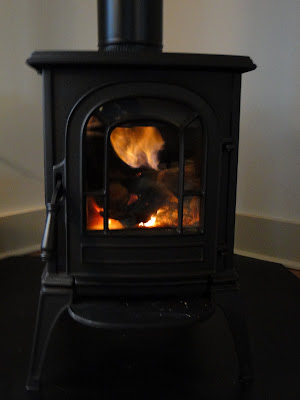 As I write this, it's snowing outside, the animals have had their morning rations and I hope to spend most of today cozy in the studio. We got the little Vermont Castings stove installed not long ago and it's just as I hoped it would be. It warms the studio quickly, gives me just a little glimpse of the flames behind the glass panel and, now that Mike has cut some firewood small enough to fit, I can build a fire in no time at all. Plus, it's just cute! 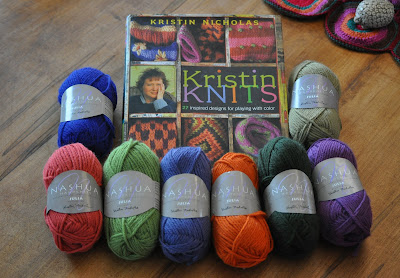 So, on to the new giveaway. Kristin Nicholas is someone I would love to know personally and attending one of her on-farm workshops would be a dream come true! She is inspiring in so many ways. I love her use of color and seeing her designs makes me want to be more brave in the color choices I make in my knitting. So, for this giveaway I'm offering a copy of Kristin's book, "Kristin Knits", and eight skeins of Julia yarn. The reason I have two copies is because I pre-ordered the book, but when I discovered Kristin was selling autographed copies herself, I decided I wanted to support someone I admire by buying from her directly. The yarn is a scrumptious blend of alpaca, mohair and wool and has 93 yards in each ball. The colors are fabulous and the book will give you plenty of ideas for using it.
Leave a comment between now and Wednesday midnight eastern standard time and I'll random number generate on Thursday morning. Good luck! 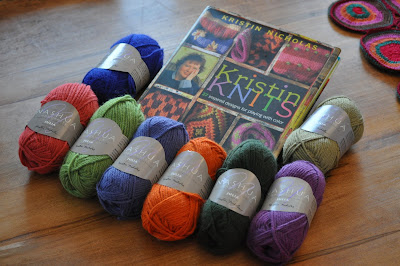 Posted by Dianne MacDonald at 10:44 AM